The Wii console was developed by Nintendo and rapidly became a favorite among players. The sensor bar is one of the accessories required to play a particular game or navigate the Wii menu.

However, what happens if the  Wii sensor bar not working?

Ensure the sensor bar cable is securely placed in the rear of your Wii. Your television must be above or below the Sensor Bar so the Wii Remote can communicate with your game system. The Wii Remote is most likely to blame if there is no reaction.

Keep reading to find out how to resolve this vexing problem.

Why Is My Wii Sensor Bar Not Working?

Here are some most possible reasons behind your Wii Remote’s Sensor Bar working properly. 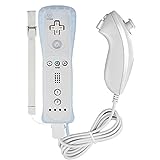 Connectivity issues may be caused by physical damage. This connection will not work if the remote’s sensors or the receiver’s reception are broken. Moreover, this connection may work if you replace the remote control or sensor bar with entirely functional ones.

Another reason why the sensor bar isn’t functioning is because of things that aren’t licensed. Unlicensed Wii remotes might create difficulties with the system and won’t connect correctly if you buy one.

This issue may emerge if the remote and the TV/console are too far apart. Sensors in both devices must be within a range of three to ten feet to function correctly.

Data From A Previous Sync

If old “sync data” from the console interferes with new connections, deleting it may help. In the next part, we’ll describe how to get around this problem.

Sensor bars that don’t sync often are almost always the result of faulty batteries. The primary circuit of the remote will not be able to sync correctly if the batteries are old and worn out. So use the fresh batteries only.

How To Fix Wii Sensor Bar Not Working?

Step back from the Wii system/Sensor Bar, aim the remote, then hit any button on the controller to test the sensor bar’s functionality.

Stand 5 to 10 feet from your game system and try the gadget if the remote isn’t functioning.

Candles, other remote controls (TV/cable box), wireless computer equipment, and mobile phones that may interfere with the remote signal should be removed from the game system/Sensor bar.

It’s also a good idea to keep the curtains or blinds closed if there is any sunlight streaming through a window.

If it doesn’t work, you may also follow the steps outlined below.

Place a tiny red button beneath the Wii controller’s battery panel and close the panel to activate the little red light. Keep an eye on the screen to see whether the first three lights cease flickering while the fourth light stays solid blue.

What Is The Proper Procedure For Setting The Wii Sensor Bar?

Unlicensed accessories need to be replaced if the problem persists.

Without A Pin, How Do I Reset My Wii?

Can You Use Wii Remote Without The Sensor Box?

For those who own an alternative infrared light source, it’s possible to use the Wii Remote without a sensor box. The sensor box does not communicate with the Wii system or the Wii Remote.

Unless you have the Wii Remote, you won’t be able to access the console’s menu. The multiple Wii Remotes communicate with the sensor bar through infrared light, not with the television.

How Can I Tell If My Wii Sensor Bar Is Defective?

Wii Sensor Bar: How Can I Reset It?

Is It Possible To Use Candles As Wii Sensor Bars?

The Nintendo Wii’s sensor bar may be replaced with two candles, but only if you know this fact. The controller recognizes two infrared LED lights on the Wii sensor bar as a way to triangulate their locations. Only the Wii’s infrared lamps are powered by the sensor bar.

How Can I Repair A Wii Remote That Won’t Work?

How Does The Wii Sensor Bar Work?

No data is sent from the Wii sensor bar to the console or the Wii controllers via this bank of powered LED lights. With the Wii Sports remote’s LED lights as a guide, the Wii remote Jacket can figure out how you’re moving your controller based on how bright the sensor bar’s LEDs are.

Is There A Motion Sensor In The Wii Console?

Wii’s primary controller is the Wii Channel Remote, commonly known as the WiiMote, which you’ve probably seen or used before. With the help of contemporary technology, it can detect motion and function as a pointer.

Is Wii Sensor Bar Better On Top Or Bottom?

Finally, How Do You Sync A Wii Remote To The Sensor Bar?

This is about the Wii sensor bar not working on your Nintendo Gaming Console. But you can also learn how to sync your remote to the sensor bar.